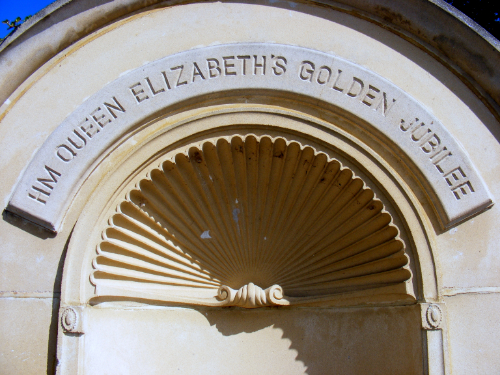 In 1974 a great change was made to local government in this country as the Urban and Rural District Councils were swept away and replaced by new District Councils. Thus in this area the Amber Valley District Council was formed and was given Borough status some years later. In 1984 it was deemed that a third tier of government was needed and the new Parish and Town Councils were created by referendum although not all villages voted for the change, notably and locally, Riddings.

The first Swanwick Parish Council was elected and was generally independently minded in its membership. Over the years this has not always been the case, but in more recent times it has reverted to nonpolitical status. The first chairman of the council was Annette Horton and she continued in office in five of the next six years.

From the beginning the council has always had a strong commitment to the environment and the flower arrangement on Derby Road North with its large “S” logo firmly states to visitors where they are at.

Tragically in 1989 a local young man, Paul Clark was killed, along with many other people, at Hillsborough football ground during an FA Cup semi-final game. Pauls family requested permission to have a memorial built on Derby Road near the dual carriageway, and it stands there today beautifully tended.

The present council continues in its wish to improve the environment within and around the village, and employs a caretaker who does a fine job in keeping the streets clean.

In the past Swanwick has had great success in various competitions including the prestigious East Midland in Bloom event with the generous help by sponsorship, from the traders, the churches, the Hayes Conference Centre, the pubs and many other residents we achieved a silver medal in the competition.

In addition we try to make the winters less dark by our annual Christmas decorations and the wonderful Christmas tree on the High Street triangle.

For the millennium year the council reinstated the Swanwick Gala for just one year to mark the occasion and it was also decided to recognise the debt that we owe to the grinding hard work of the mining industry by placing the mining cars on Derby Road South.

Two years later the Swanwick Well was built to celebrate the Jubilee of the Queen and in recent years the Well Dressing and Community Fayre occasion has grown in popularity year on year, with thousands of pounds have been raised for charity.

Another important project was produced in 2006 when work began on the creation of a memorial garden on South Street. The original plan was to supply land for people of Swanwick to plant trees in remembrance of loved ones, as all the churchyards in the village are closed. On July 7th, 2005 a popular local man, Stan Brewster, a county council engineer died in the London bombings and the Parish Council thought it was fitting that the garden should benamed after him, and it was opened on April 21st, 2007.

In 2010 the council built an attractive stone seat at Sleetmoor Lane to help weary walkers to climb Swanwick Hill and to commemorate 25 years of Swanwick Parish Council.

In 2013 the play area off South Street was completely refurbished, with a whole range of play equipment added for the benefit of Swanwick's children.